It is often difficult for me to avoid considering strategy to be a choice between two competing philosophies: pacifism and militarism. To fight or not to fight. Yet this is a prime example of false dualism, presupposing both that an either/or choice is required and that strategic philosophy is limited to a choice between only two options. It is the notion that we must approach the struggles and antagonists presented by our daily lives by either being Mahatma Gandhi or being Che Guevara, that there are no other models, and that we cannot draw influences from both. If nothing else, to adopt this model weakens us by reducing our flexibility both of thought and of action.

As we see above, even the war artist himself considered winning without fighting to be “supreme excellence.” Lao Tsu elaborates on a similar notion in the eighth section of the Tao Te Ching:

“The highest good is like water.
Water gives life to the ten thousand things and does not strive.
It flows in places people reject and so is like the Tao.

In dwelling, be close to the land.
In meditation, go deep in the heart.
In dealing with others, be gentle and kind.
In speech, be true.
In ruling, be just.
In business, be competent.
In action, watch the timing.

No flight: No blame.”
(Translated by Gia-Fu Feng and Jane English)

These thoughts can be said to represent the essence of Taoist thought–the observation that nothing is softer and more yielding than water, yet when it comes to cutting through solid rock and breaking down mountains, nothing works better than water. It’s one of the most primary lessons to be derived from nature herself. Having said that, the practical application, the actual effort towards being like water, is extremely advanced and difficult. We do not expect this kind of “supreme excellence” and mastery of ourselves at this early stage. Telling someone to approach the difficulties and stresses of their days and evenings by “being like water” is as useless as telling them to “think positive.” It’s a platitude and a blow-off. Both ideas are true and perhaps good broader pieces of advice, but are not helpful in terms of action in the immediate. Since we aren’t going to accomplish spiritual enlightenment today or tonight, we cannot expect to use spiritual enlightenment to approach the problems of tomorrow. While we’re working long-term on the betterment of our souls, we’ve got to be able to deal with the here and now using only our familiar and imperfect selves.

A regimen of strict militarism and combativeness will eventually draw a fight you cannot win, and the subsequent defeat will leave you in a worse position than you were in previously. A dogmatic commitment to passivity will lead in its best case scenario to those in authority over you growing accustomed to taking advantage of you, and in its worst case will lead simply to tanks running over your head. Both apathy–ignoring the problems–and total acquiescence–changing your own definitions so that you become your own enemy in order to be on the “winning side”–are akin to being dead, and are probably best to be avoided.

Neither Sun Tzu or Lao Tsu are advocating for any of these options. Both the supreme excellence of victory without a fight and the broader approach of gentle conquering water involve measured balance and open eyes. But what is it that we desire, anyway? How do we define what it means to “win” in the context of our Monday discussions? Is all of this simply a contest in which we seek to “end up” with more money, power, or comfort than our opposition and our oppressors, mainly on the basis of our perceived moral superiority? I’ll admit that I often do find such a game to be attractive, perhaps even seductive, yet my better angels question very much whether that’s all we’re talking about here.

No, our goal is more open than that, broader than that, farther-reaching than that. Our goal is not a checklist of material accumulation or of temporal career accomplishments, nor can it be found in college funds or “magic numbers” for a desired standard of living at retirement. Surely, we are not merely wasting all our precious efforts in the service of things we can personally own, or things we can own tomorrow, or the Disney Land fantasy that someday we can stop all of this working crap and start really living at age 67 or so (it doesn’t work that way). Naturally, we’re all looking for slightly different things, here today, but let me put forth some sample suggestions that perhaps most of us can get behind:

When getting geared up this Monday, or any other day, know that there are times when we must fight for our lives and our beliefs, times when we can win without firing a shot, and times that resemble some bizarre conglomeration of these two ideas–but above all, we must know what it actually means to win.

Do you have any thoughts to add on the meaning of victory? Any suggestions to add to my list? Anything personal to say on the subjects of freedom, meaning, or harmony? Share in the comments section below, or on our Facebook page. While you’re there, throw us a like! 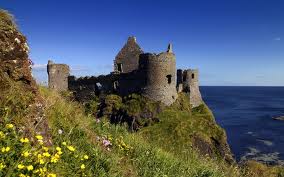 2 thoughts on “What Does It Mean to Win? (Gear Up Mondays)”