Way back in May 2013, long before the obsessive media speculation over the state senate race in New Hampshire’s 9th district, WMUR powerhouse James Pindell asked the prescient question: “If Lee Nyquist announces he will run for state Senate again will that force Andy Sanborn to seek higher office?”

Fate and destiny have since decided that question for us. New Boston attorney Lee Nyquist did indeed announce his run for higher office. Last September, Andy Sanborn decided he would not run for governor and would instead be defending his coveted state senate seat. His ultimate reasons have long remained a mystery – some have theorized Sanborn was intimidated by nearly hypnotic charisma of ultimate Republican nominee Walt Havenstein, others have pointed to a self-destructive monomania with defeating his bitter arch-rival a second time in as many years. His true motivation may never be known but to God, but now that Pindell’s question has been answered, it’s on us to ask the follow-ups.

Could this be the race that defines the character of an entire new generation of Americans just now discovering the true power of their voice? At the very least, we’ve got to come to grips with considering the possibility that future historians may point to this moment in electoral history as the Vote for the American Children. With the stakes so high, can the politically bulletproof incumbent owner of a liquor-dealing business be defeated by the underdog, good-hearted lawyer, Favorite Son scholar, and dedicated town moderator?

A little piece of the Promised Land in the Granite State 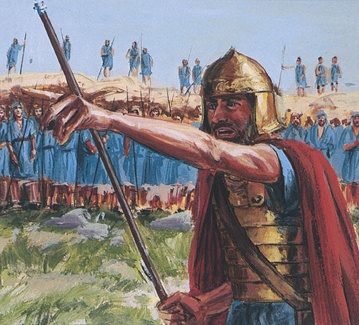 There’s a bit of an Old Testament vibe to all of this that often tempts outsiders to mockery, but to the residents of New Hampshire Nine, stretching from the hamlets of Monadnock to the cosmopolitan upper crust of Bedford, this is no laughing matter. If you ever find yourself here, though, don’t get caught calling it “God’s Country,” a phrase considered too Southern (or too Pennsylvanian, at least) for the locals. They’re heavily armed, but they won’t shoot you – maybe just scare you a little.

Thought for centuries to be ungovernable, this is a place where politics is a bloodsport and a parlor game – often all in the same afternoon. This is New England, after all. But a closer look at the geography of this region is telling.

Traveling west to east, the district begins in Richmond, a hilly hinterland that is often compared to Waziristan and is at least partially in the control of the warlords of a banned Catholic cult. There’s the stoic, still-extant colonial hamlet of Fitzwilliam, where residents often will only display flags with thirteen stars. There’s failed former industrial boomtown Troy, and the more mysterious towns of Monadnock’s shadow, Jaffrey and Dublin. In its center lies, heavily fortified against outside aggression, aspiring artistic city-state Peterborough, itself surrounded by almost uncharted towns like Hancock (rumored to be home of the Old Man of the Forest), Greenfield, Sharon, Temple, and Lyndeborough. On the eastern edge lies impossible-to-describe New Boston (suffice it to say, it’s much different from the Old Boston), political home base of Nyquist, and quietly wealthy Bedford, power citadel to Sanborn. The district growls almost menacingly over the 12th and 11th districts.

You won’t hear it said in the light of day, but in the right taverns and cafes across the hills, mountains, valleys, and rivers of this microcosmically American state-within-a-state, you might hear it whispered that, “Without the 9th district, there’d be no bulwark protecting Civilization from Keene.”

The people here like their cars with snow tires, their corn on the cob, and their cigarettes cheaper than Massachusetts. They’ll paint you a picture, write you a sonnet, then arm-wrestle an entire rival gang of troublemakers from the oft-derided southwestern part of the state, all without ever pausing to take a breath. It should come as no surprise that both candidates are shrouded in mystery, but there can be no doubt whatsoever that both understand that this is no ordinary race and no ordinary seat. No, this is the gamble of a lifetime, the bare-knuckle brawl that stops halfway through so one fighter can bet his family home and future prospects on red, while the other bets the same on black.

Make no mistake, if you think the hardy folks of this forested district take their elections seriously, you haven’t seen anything until you’ve seen a rematch. In 2012, each candidate raised money and spent it in an effort to defeat the other. In the end, Nyquist lost by barely 213 votes, with a final count of 15,454 to 15,241. To this day, you can go into Harlow’s Pub in Peterborough on a Friday night and ask six locals why Sanborn won, and you’ll hear somewhere between one and fourteen different theories.

One of the more colorful interpretations of events holds that the endorsement of the flagship paper of Keene,  a city considered vulgar and inferior by many in district 9, especially among the elderly population, proved something of a poison pill for Nyquist. Accusations that Sanborn paid the paper to run the editorial in order to doom his opponent have never been made by anyone, but they have almost certainly been thought at some point.

Those wounds, for many, never healed. Whether this is the reason for the sense of manichean inevitability surrounding this race is impossible to conclusively state, but what’s clear is an almost primal hunger among the populace for a chance to do it all again. A couple weeks ago, on primary day, both Nyquist and Sanborn made headlines for winning their respective nominations. Nyquist ran against no one. Sanborn ran against no one. The will of the people was unmistakable. The showdown was on.

Running unopposed is not the only stylistic similarity between the two arch-rivals. They have very similar websites, each quite obviously designed to discourage the frivolity of inspiration or conviction. Both of them love jobs. Both hate taxes. Both like New Hampshire. One might even wonder, for a moment, how they came to oppose one another in the first place.

Tale as old as time, true as it can be, barely even friends

One of the strangest twists to this entire story is one perhaps known only to those who have actually visited the website for either candidate – neither one is from the 9th district, and both could be called carpetbaggers by anyone who decides such things. Andy Sanborn is proud to be a 4th-generation New Hampshire resident, but his roots way up in Lebanon are not guaranteed to play well with a suspicious electorate. Nyquist’s hair and facial features, on the other hand, are dead giveaways to his heritage of the peoples native to the Melrose area of Massachusetts (my mother is also from Melrose).

If this vicious mutual carpetbaggery can be said to cancel itself out, it is in that narrow field of their unique aspects of individuality that this battle will almost certainly be won or lost, decisively or by attrition.

Nyquist represents the renaissance of Presbyterian political hegemony quietly acknowledged among alternative or underground politicos. He may not, like Sanborn, be gifted with the appearance of an astronaut, but that hasn’t stopped this faithful town moderator and employee of Senator Jeanne Shaheen’s husband from being named as a potential dark horse candidate for the 2016 Democratic Presidential Nomination. The controversial Sentinel endorsement two years ago cited his thoughtfulness, balance, and well-roundedness. He has five children.

He looks just as likely to walk up to you on two feet as to ride up on a sandy-colored horse. He’s also not afraid to think outside the box when it comes to fundraising ethics – in 2012, soresports complained when he sent a fundraising e-mail from his e-mail address at his politically-connected law firm, to other lawyers, asking them to give money to his campaign in exchange for his promise to make lawyer-friendly legislation. One man’s terrorist is another man’s freedom fighter, I guess.

He promises to do good things for New Hampshire by being a good senator, and he is occasionally known to attend an ice cream social.

Sanborn, an unapologetic dealer of alcohol from his business, “The Draft” in the notoriously cash-heavy food service industry, is our unrepentant incumbent. His website lists him as a former member of the Sno-Shakers Snowmobile Club, though he has made no known public statements explaining why he lacked the commitment to stick with the organization longer. Despite this, he’s managed to remain a current member of not one but two organizations abbreviated “NRA”: the National Restaurant Association, best known for launching the illustrious career of none other than Hermann Cain, and the National Rifle Association, best known for its sensitivity surrounding mass shootings and squeezing the last drops of life from an aging Charlton Heston.

When it comes to bending the rules and doing what it takes to get what one needs, Sanborn will not be left in the dust by Nyquist’s petty fundraising shenanigans. In fact, he does not mess around. Back in 2005, his sports business, Banagan’s, went bankrupt, $600k in the hole. Sanborn showed his determination by paying 5% of that and using the rest of the money to start The Draft, which required spending $100k just on televisions (obviously). He knows how to say “Damn the man,” because as recently as 2012, he tried to keep $2,000 in taxes, possibly because he didn’t want to pay them.

His greatest strength, all analysts agree, however, lies in his truly charming and magnetic spunk. Once, he celebrated the plane crash that killed a couple hundred people by saying it was kind of like Obama. And who could forget his utterly lovable foibles earlier this year, when he threatened a constituent because pot is wicked annoying.

Few among today’s politicians can be said to more closely resemble the flamboyant personae of our nations Founding Fathers. Both bring much to the table.

Who to vote for?

Not wishing to make the same mistake the Keene Sentinel made, I have no desire to issue a formal endorsement. But, and with great intellectual gratitude to the good folks over at Vox.com, I have crafted a voters’ scorecard. These are the issues which decide our futures.

Tie. Both candidates hate taxes very much. There will be no taxes. The only question here, and this may decide it all, is who can be said, in the end, to hate taxes more.

Slight edge to Sanborn. Both candidates like education, and both of them prefer it underfunded. The difference lies in the fact that Nyquist is squeamish about this lack of funding while Sanborn is very proud of it.

Nyquist. This is what Nyquist did this past weekend:

Sanborn, on the other hand, has been photographed with beauty queens, and no questions have – yet – been asked.

As close of a tie as a tie can be. Both candidates have no public events listed on their websites or their Facebook pages. After all, who needs events when the voice of the people is so strong?

Questions have been asked, and some have been answered. More questions have been asked. How much more do we know about these two legendary candidates battling it out for control of America’s New Hampshire Senate District? Almost nothing. Will we uncover more in our quest for truth and the destiny of the generations to come? That’s up to us.