As this week – my first paid vacation week in almost exactly a year – winds to a close, we simultaneously bear down on Lammas, which marks the transition from the heart of summer to the earliest incarnations of the harvest. Without sermonizing (yet – there’s still plenty of time), I find myself with a small collection of casual observations in my possession.

For me as an individual, this has been a summer of unique, perhaps even odd character in contrast with an aggregation of other summers. Oddity and change being two qualities to which I am, despite my words and my position, highly resistant, this certainly led to some early skepticism.

Not to worry. I applaud my own caution, but these months of light have revealed themselves to be both interesting and quite pleasant. It’s those characteristics that differentiate it from those belonging to other years that remind me of certain facts I might otherwise be overlooking.

For starters, it almost goes without saying that the two solstices, being the two apices of the year, have much in common. In response to our culture’s over-reliance on Christmas/the winter solstice and lack of a summer counterpart, I tend to emphasize these similarities in hopes that we’ll collectively recognize the need for two (at least) major annual festivals.

Nevertheless, and though this may too seem unnecessary to explicitly state, the summer holds a great deal of differences between itself and the darkest, coldest months of winter. Without doubt, the comparative pleasantness of the weather affords much greater opportunity. If you find yourself arriving upon August without having ever gone to the beach or to the mountaintop(s), you still have plenty of time to do such things.

But it’s not just a milder physical climate, of course. There are much more subtle but no less impactful differences that lay beneath the thin veneer of the perceptible-by-senses. The transition from winter to spring is almost without exception a hard slog, while summer flows into fall like a guy on a pool floatie on a slow-moving river. Late summer affords a much greater window of time with which to catch up with far-off friends and loved ones, to inject renewed vigor into the sinews of the family, to absorb the refreshing fire of gradually increasing strength, to look up at the mountain, at the cloud and the sky, and really see it before the time again comes to put our heads down and perform the next phase of the work that is the mixture of our fates and our determinations.

It’s a greater window of time illuminated by a greater volume of light such that things such as our failings and weak spots can better be identified and tended to. If such tending requires false starts, missteps, some element of trial and error, it’s this greater window that allows us the space required to accommodate so many steps along the way, to accommodate for when these steps are neither perfectly straight nor perfectly oriented in the “forward” direction.

So it is that, to date, I’ve not dedicated space on here or time in my itinerary to write about issues near to my heart, issues ranging from the tragedy unfolding in Gaza to the unprecedented spirit of defiance exhibited by the workers of Market Basket. I certainly could have done these things, and others, and in the future I damn well may, but care though I might, it has not been my task these last weeks and months to speak directly or even fully. The task before me has instead been to catch my breath, and while mindfully slowing down that roaring pound of heartbeat, to listen. It’s been the job before me to listen not merely to the voices of the world and the war waged over ideas and power structures, but to the river singing sweet songs, the birds doing what they do, the hum of wind-tussled trees, the silent and imaginary buzz of the sunshine coming down, and the very real roar of our near-daily storms of thunder. 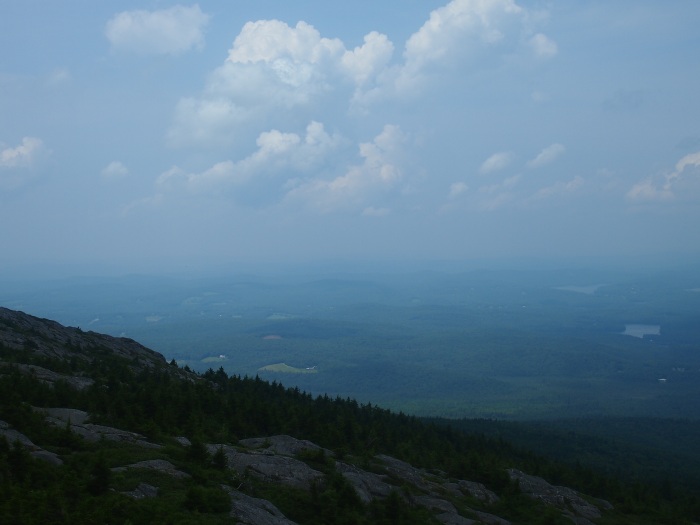 So it is that after this odd, unique, interesting, and pleasant summer, while I have written in other years that I always arrive upon the annual signpost of Lammas with a spirit of regret over all that’s left undone, I don’t have any of that this year. That which needs to have been done by now has indeed been done – and that which needs be left undone has been gently left alone. The preparations for a bountiful harvest have been laid and, the crops having been tended with intent and open-eared devotion, all the signs of a successful annual crop are poised to burst into fruition.

That doesn’t mean the matters are settled or the battles have been won or that anything that lies ahead is a sure thing or a safe bet. I also don’t say these things in a spirit of wizardly loftiness, but merely to point out what the notion of going with the flow – not of “events” but of the planet and maybe even the cosmos – can at times entail.

I write in hopes that, together, we may continue to enjoy the journey even as our gaze remains fixed on the destination.

Have a good weekend. Salaam.