The superficial nature and general ineffectiveness of the omnipresent New Years’ Resolutions thing should be taken as a given. Obviously, such vows, almost always health-related, as though there were nothing more to think about than muscle tone and caloric intake, are often taken in a mixture of bad faith and blind optimism and the desire to think the most of our potential selves. We rarely take into consideration how such promises jibe with the realities of everyday life.

Despite the fact that I, too, tend to start each year with some self-reforms and certain good intentions, I tend to be pretty scornful of the resolution trend and its marketing component. Nevertheless, I would put forth that there’s another, eminently more understandable, explanation contributing both to the phenomenon and its inevitable failure. I would suggest that when light is at its dimmest, temperatures at their coldest, and cigarettes least pleasurable to smoke – when we are most aware of our smallness and frailty and dependence on artificial heat and shelter – we are quite naturally compelled toward ostensible virtues like piety and discipline. The flip side of this is that, as we grow more comfortable, as the light grows and the birds sing and we stop wearing coats every day, we grow naturally and unconsciously less concerned with acts of devotion, humility, and, yes, health. It is simultaneously easier for us simply to breathe a sigh of exhausted relief and harder for us to do very much beyond grasp a moment of the season’s warmth and beauty before it’s gone again.

I’m just as guilty as anyone – every single year, despite solemn commitments to the contrary, my habits of exercise and meditation reach their nadir just as the sun, and by extension the year, reaches the zenith. When I spoke yesterday about using the inflexible timing of the solstice holiday as a reminder, this was part of what I was talking about.

But it should not and must not be about this behavioral reform or that one. There are larger elements at stake as well.

All right, I’m trolling a little with the headline. I wouldn’t knock moderation in and of itself, not in a million years. I recommend it if it’s something possible for you. In some limited cases, I practice it myself, and consider it highly recommended when it comes to things like eating habits and recreational chemical intake. For the most part, however, even in my tempered old age, I am just not that sort of creature. Whatever I do, whatever I pursue, whatever I am interested in, it is generally conducted in a way that is, to be kind, immoderate. As you can imagine (and I freely admit), this is an asset in some ways and an extreme character flaw in others.

The only way I know to mitigate the harmful aspects of this tendency is not by blunting the edges of my endeavors but by balancing them out with opposing tendencies and advances. My temperament is then ideally like that of New England weather: scant flashes of moderation interrupted by a much more regular state of opposite meteorological extremes comprising most of either end of the year. The primary challenge of such an embodiment is actually going through the different seasons and allowing them to balance me out.

The silly-but-still-not-silly farmer/seed metaphor I always use to describe the seasons of the year comes into play here. Like it or not, the time for planting is over. What’s planted is planted. Whether it grows and what it grows into remains to be seen, what’s in the ground is in the ground. Moving forward requires a different approach and places different demands on us. The attributes that made us good planters may not necessarily make us good tenders or especially, down the line, good harvesters.

My extremes in planting season virtue involve zeal, fervor, severity, seriousness, productivity, and single-minded determination. I don’t denounce any one of those things. But were I to continue them unabated and without adaptation – in a straight line, as it were – I’d do more harm than good. For every day spent in righteous severity, there must now be a day of gentle forgiveness. For every hour spent in a zealous quest for undeniable justice and liberty and the world that could be, there must be an hour spent in quiet reflection, in receptivity to the world as it is, in humble recognition that I cannot and will not save the world by myself and must accordingly encounter the same smallness as everyone else, and everything that goes in accordance with that.

It even applies to writing and politics. I am the first to tell a fellow writer that when writing becomes a repressive burden, it’s time to stop writing for a little while. I hardly ever follow that advice myself, but it’s on me to try. In a similar way, the only way to avoid burnout as a political human being is to take that very same step back, to avoid the temptation to be drawn in to every single petty (or even large) fight every single day, to breathe deep and realize that without acknowledging the air in my lungs, the soil beneath my feet, or the water that runs all throughout my body, I am just like the sprouting seeds I’ve planted – I will die. And a dead political writer wizard is of no use to anyone, least of all myself.

Yesterday, I spoke of the cyclical nature of reality, while acknowledging that we can never truly live our lives and experience such raw reality at the same time. We’re not wired for that. But we may apply an acceptance of this truth to the smaller little circles in our lives. If it may be possible to recognize the little cycle-lifetimes within our years as they are happening – and it may not be, at least not just yet – it is certainly possible to gain some wisdom by recognizing the changes of each year. The year, of course, requires no interpretation or demarkation by us. It just is. It takes no special vision to see it. It’s right there in front of us all the time. 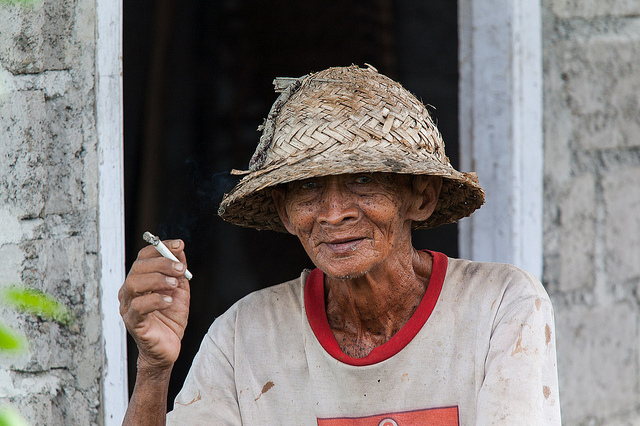 I promise, at some point, we’ll get to talk about the joyful celebratory relaxing parts of one of the two biggest holidays of the year. For now, however, let us think on this simple concept. If you are a blessedly moderate person already, keep that up, just shift gears as is appropriate for summer living. And if you’re extreme like me, it’s time to guard rigorously against the fallacy of taking even the good things too far, time to transition into compensatory ways of being to complement and balance out our self’s seemingly contradictory sides.