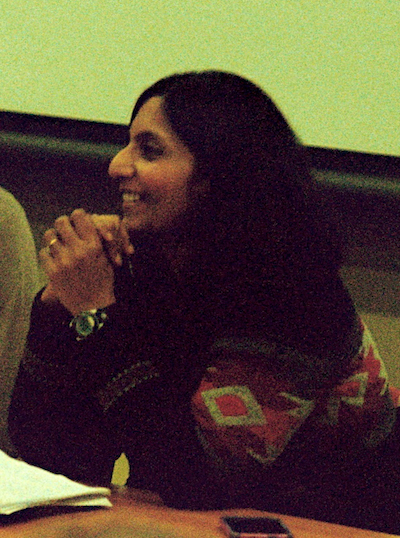 I went a little wild for a few minutes on May 1 when I read that Seattle Mayor Ed Murray was announcing a plan to roll out a citywide $15 per hour minimum wage over the next few years. A major US city was actually going to set the example for the whole nation by forcing all employers to pay all employed people something resembling a wage that covers basic needs, regardless of any perceived “lack of value” in the person’s “occupation.” We had actually won something. Some tiny little corner of a very big globe just got itself a whole lot more justice – and on May Day of all days!

But I wouldn’t be a very good leftist if I didn’t pretty much immediately encounter several reasons to be dissatisfied in victory, now would I? Left-liberals are going to want to declare this an unqualified win, ignoring the inconvenient downsides and embracing compromises as necessary to governance, while socialists and others on the true left will damn the half-measures and bullshit concessions as worthless and neglect to fully take energy and comfort from any signs that something good is actually going on. The truth is, a comprehensive reading of what’s happening in Seattle requires looking honestly and unflinchingly at each of the multiple facets with all their shades falling well to the middle of what lies between black and white.

What am I even talking about? Well, in last fall’s elections, nearly 100,000 people in Seattle voted for Kshama Sawant, making her the first openly, brazenly socialist member of a major American city’s council in like a hundred years or so. It’s a big deal. Central to her victorious campaign was her demand for an immediate minimum wage hike to $15 per hour with no messing around, no loopholes, nothing.

Since her victory, the American center-right – the democrats, guys, but specifically President Obama and his compadres in “blue states” across the country – has embraced minimum wage increases broadly as a “winning issue” headed into an election year. By and large, however, their proposals (backed in many cases by unions like SEIU with relatively conservative leadership) have been modest and unambitious, with $10.10 being the most commonly tossed about figure. $10.10 per hour is much, much better than the status quo, and since any increase better than inaction, I’ll never oppose a minimum wage increase, but as I’ve pointed out elsewhere, it’s still nowhere near a level at which economic analysts believe a person can actually, you know, like, survive, pay to live, etc.

Nevertheless, many even among those close to me politically question whether fighting for dramatic increases is “realistic” or “pragmatic”; in fact, I’ll concede that while the struggle is always justified, there are many places in America today in which it might not be worth a waste of breath. In Seattle, however, it turns out that a mind-blowing 68% of Seattle residents support not merely a hike to $15, they support it Sawant-style, with no messing around and no loopholes, no nothing. As The Stranger of Seattle artfully phrased it in the article just linked, “If minimum-wage opponents weren’t already shitting bricks, they’re in for an awfully uncomfortable bowel movement.” The best part of this poll, the Stranger reminds us, is that it was commissioned by the very conservative unions and democrat-fronting groups pushing for more “reasonable” increases. They expected a different result and were forced to confront a fairly surprising political reality – at least within this one seemingly bizarre city, anyway. 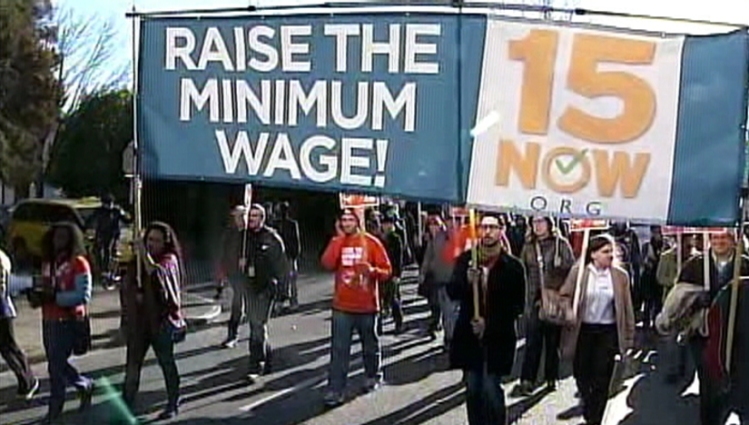 But the truth is, Sawant never needed poll results to fuel her fight. Those numbers were released in February of this year, but she nor 15 Now! ever for a moment let up the relentless fight that undergirded her campaign and began months and years prior to the vindicating data. The fight was being fought as all fights should be, because it is the right thing to do and not because it is popular. Though examples are dishearteningly few and far between, in those rare instances in which a fight for true justice is overwhelmingly approved by the popular will, justice becomes unstoppable. Like it or not, that’s one of the lessons of Mayor Murray’s May Day announcement (I have to say, sounds like a wonderful children’s book title). Despite all of the drawbacks and unfortunate components of the moderate faction’s proposal – which I’ll get to in a moment – remember that. Stop reading for a few minutes – okay, thirty seconds will do – and let that sink in. Say it slowly with me. When a fight for justice coincides with the will of the people, it cannot be stopped. Victory is assured.

As the opinion numbers emerged and national attention was focused on the pacific northwest city, the moderately liberal establishment consisting of Mayor Murray, other council members, certain union leadership, and “small business interests” (often large corporations masquerading behind the cloak of little family knick-knack shops) formed a little council, one which was of course forced to include Kshama. They’ve announced compromise measure after compromise measure, and the truth is that nothing less than the eyes of the nation have been on the socialist council member, to see if she’d cave or falter.

Not for one moment has she showed a single shred of willingness to give so much as an inch. As far as politicians go, I’m not sure I’ve ever felt this much of an upwelling of principled admiration. She’s the example. She’s the one to follow. The one doing the right thing even though every single other faction – powerful factions with resources – stands against her.

So when it turned out that they mayor’s proposal was a bunch of compromise bullshit, including a phase-in of nearly a decade and like a dozen spineless, disgusting loopholes (seriously watch or read the response linked there, it’s simple and worth it), I found myself torn between initial elation and the righteous anger justifiably exhibited by so many of my comrades. But the truth, however, is more complicated than merely good or merely bad, and I’d just like to call attention to the two undeniably Good-with-a-capital-g aspects to what we’re seeing unfold before our eyes. Don’t let the significance of all this hit you in a few years – interpret it now, grasp it now. 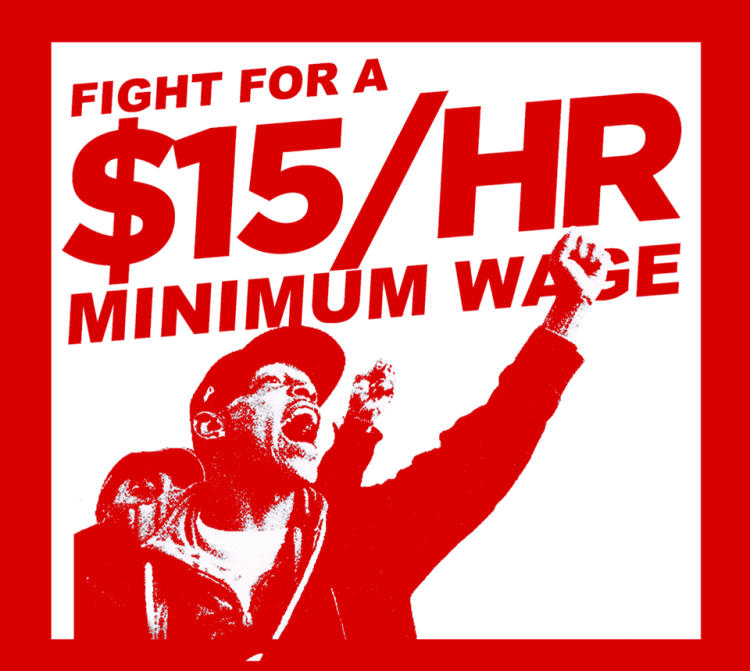 First of all, while I don’t suggest for a single moment that we ought to lay down, accept what is possible over what is right, or accept anything less than what the people are rightfully demanding. BUT. But. There is a major city in the United States that’s about to raise the minimum wage to $15 an hour. It will be the first place in the entire country to do so – but I guarantee you it will be far from the last. Why is a major city doing this? Not because the supposedly benevolent democrats have been nice enough to offer it to us, but because a socialist city council member and the organized masses are forcing the establishment leaders to do it. This compromise might be bullshit, but they wouldn’t be offering it at all if they weren’t on the run. If they hadn’t lost the argument already.

Of course, Socialist Alternative, 15Now, and Council Member Sawant are right – it’s when the enemy’s on the run that it’s most important to stay on the offensive. To attack. To show no mercy.

But while we fight to the end, might we still take heart that…well, something was actually done, here. In the eyes of principle, the proposal is a dastardly cowardly version of a judicious policy, but, well, we are in America, guys, and this is easily one of the most progressive pieces of legislation being proposed anywhere in the country in the last twenty years. Top five. No question.

And that’s the other good thing about this – not just that it’s happening in and of itself, in some form or another, but that now there’s an example. CM Sawant and the courageous and calm approach she takes to neverending, take-no-prisoners battle – man, this is exactly the kind of example we’ve all needed for decades. It can be done. And now we see how it can be done.