It’s never really been a huge secret that I’m not a big fan of guns. I’ll be the first to admit that a lot of my antipathy is personal and cultural. Though there’s unquestionably a data-driven aspect to my feelings on this issue, it’s impossible to deny that being raised in a family in a community in a state in which none of the three were (or are) particularly enamored of guns has something to do with it. I don’t even necessarily have a major gut reaction against guns themselves so much as their role in our culture. Like Michael Moore taught us in that movie over a decade ago now (yes, we’re old), Canadians all own guns and somehow manage to avoid murdering each other most of the time. Not so true in America.

Having said that, my deep dark unpopular secret is that I find it difficult most days to get really passionate or hyped up about gun control legislation. Sure, I support bans on certain kinds of weapons. I think that those who are mentally unwell should probably not be able to access firearms whenever they want. I oppose traveling gun carnivals that sell no-questions-asked weapons flea market-style. These all seem, to me, to be eminently reasonable rules that really wouldn’t inconvenience the vast majority of us. But even a legislative victory in these areas wouldn’t really address what I view as the actual problems – a society of violent character is something I see as self-evidently undesirable, and a general love of any sort of weapon among the general public is something I find distasteful. Moderate modern gun control isn’t going to fix those things any more than it’s going to do anything about the millions of guns already in circulation. I’d rather spend politics time focusing on more fundamental issues that’d have a greater impact on the public good.

Somewhat paradoxically, however, I actually have the most sympathy for the type of gun people that were simply raised in areas of the country immersed in the normalization of guns. Just as I’m not going to deny that my distaste is partially rooted in where I was born, I’ve got to recognize that other people were born in other places, to other families in other towns within which there are very different norms on this issue. They didn’t pick that any more than I did. It’s where they were born.

I have much less sympathy for the type of guys (yeah, it’s always men, although some women are certainly enablers) who make sure they have guns “to protect their home and family.” Because the use of firearms to defend against an attacker or burglar is such a statistically infinitesimal thing – that’s right, no link; Google it yourself – this tendency at its most innocent boils down to an adolescent Bruce Willis/Harrison Ford fantasy. At its least innocent, it’s a barely-disguised bloodlust, the desire to do murder to another human slightly cloaked in some ostensible legality. They just want an excuse to kill someone and be able to talk about what a Big Man they are until long after they’ve retired, toothless, to the front porch rocker. Even worse is the subset of this group that extends this notion to apply wherever they go. They’re so fearful and insecure that they want to be able to carry a hidden weapon everywhere. There’s no one looking to attack them. They live in areas of low crime, leading bourgeois suburban strip mall McMansion lives, and yet they indulge in the fantasy that The World Is Dangerous But I Am Ready For A Shootout Always. I mean, come on, everybody. Can we just admit that? 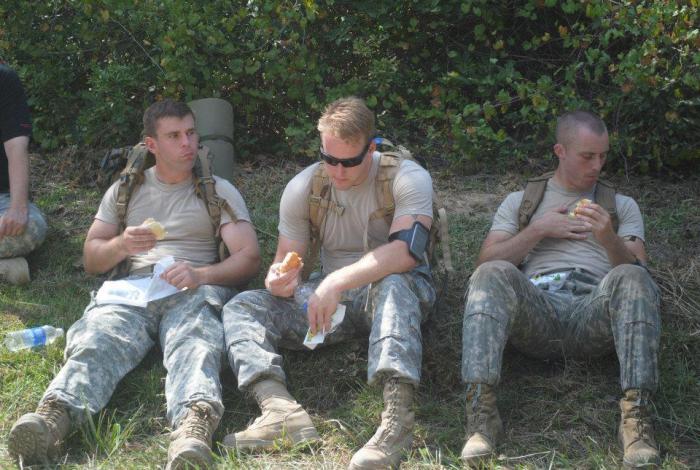 But the people who really drive me out of my mind are the batshit crazy ones, the ones who insist that they’ll snuggle their Second Amendment Rights from cradle to grave because the Founding Fathers/Twelve Apostles knew it was the only way to stave off a tyrannical government. They’re the only remaining barrier between the tyrannical Federal Government and freedom for the good folks. I laugh at these people. I call them idiots. Even with their biggest and best weapons, do they think they can fight the United States military? Not even China can reasonably claim to be able to do that. But it’s so much worse than that, given how utterly and pervasively militarized our police forces have come. My standard line is that when the police department of Keene, New Hampshire gets a federally funded mini-tank, the ordinary folks don’t have much of a prayer. It’s a sick, twisted, backwards-as-fuck joke.

That’s why it’s so painful to have to admit I was wrong on this issue, though honesty demands that I do, in fact, admit it.

The whole disturbing Clive Bundy story provides a significant example of a truth I should have learned from some of the global popular uprisings, like Egypt, over the last several years. For those of you who have somehow missed this story over the last couple of weeks, I’ll give you the brief run-down. There is a crazy man in Nevada who owns lots of cattle. For some reason, despite being a property-loving libertarian-type right winger, he doesn’t feel like keeping his animals on his own property. Instead, he prefers to keep them on federal property, because he doesn’t think there is a federal government and likes to do it, or something. If you want to do that, you’re supposed to pay for it, but Bundy didn’t ever really feel like it, so he stopped doing it like 20 years ago. The government, naturally, tends to keep pretty good records of these things, and now that his bill is over a million bucks, the feds decided the only way to collect was to start taking the dude’s cows – cows that are, of course, already on federal land. Pretty easy, right?

But when they started trying to round up the cattle, other batshit crazy wingers from around the country gathered with their guns, openly declaring their willingness to kill and be killed by federal officers, in the service of the cows and their loony, racist, theocratic owner. The feds, wishing to avoid an ugly bloodbath, backed off.

That’s why I’ve got to admit that I was wrong. Even if the government has tanks and missiles and ubiquitous surveillance technology, if they do not actually believe it expedient or desirable to kill civilians, they will not shoot at them. Such has also been the case, as I’ve mentioned, in mass uprisings around the globe. If the cops and/or military – or even just their leadership – don’t want to kill civilians or be seen to be killing civilians, they won’t. The truth is, all those people showing up with guns is exactly what prevented the gubmint from taking the crazy pirate-rancher’s cows.

I mean, eff, I can’t deny it. You were kinda right.

Now that it took me 1,148 words to say it, let me just touch on a couple of relevant points I think are actually of significantly higher importance.

My first thought has already been stated by many others, perhaps most succinctly by cartoonist Matt Bors for Medium: if Occupy protesters or environmental activists showed up armed to protests and rallies, they’d probably be extremely killed. If they hatched a plot, as the Bundyists did, to place women in front as human shields to ensure maximal PR impact in the event of violence, it would be widely viewed (correctly, as it happens) as positively monstrous, and many people (with more dubious correctness) would be rounded up – like cattle – and incarcerated and/or killed. Fact.

Secondly – and I’ll leave you to linger with this – of all of the things that we as Americans (or even as humans) have to currently denounce as tyranny or oppression, of all the things to get pissed off about, to grab our guns and rise the fuck up…it’s some crazy racist freeloader motherfucker who wants to keep his cows on somebody else’s land without paying for it? That’s what we view as cause for insurrection? That’s what we define as defense of freedom?

Friends, I try hard to always keep my hope up, but boy, are we in trouble.

One thought on “All Right, Gun People – I Was Wrong, Sorta”