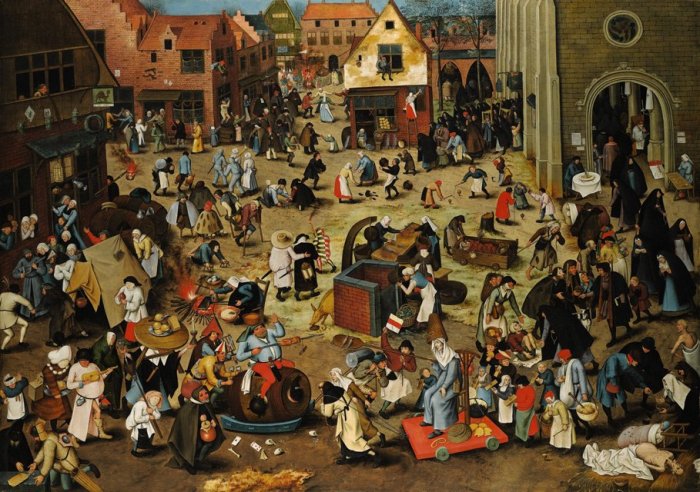 Yeah, as the picture above shows, it’s Lent again. If you didn’t see anyone joyfully walking around yesterday bearing ash smudges on their foreheads, all you had to do was check out Twitter or Instagram to find tens of thousands of #ashtags and other variously tagged Ash Wednesday selfies. It was a little weird, I thought. But that’s only scratching the surface of my longstanding love-hate relationship with the season.

Try not to get all huffed up about what business someone like me, who doesn’t identify as a Christian, has to talk about the sacred season of Lent. I’m a wizard, after all, and this is my job. Furthermore, I’m a serial religion co-opter. Actually, admitting that’s probably not going to calm you down, but I don’t really mind. For what it’s worth, I’d rather co-opt Ramadan, but I’m really bad at not eating.

Let’s talk about “giving things up for Lent,” because it’s what I hate the most. Look, if you are actually a practicing Catholic (or practicing adherent to any Protestant sect that advocates Lenten self-sacrifice) I encourage you to give up something for Lent. My beef is with the rest of you. Giving up something for Lent is not a test of personal fortitude or endurance. It’s not a convenient excuse to curb your vices any more than it’s an automatic ticket into paradisiacal afterlife. Lenten self-sacrifice is undertaken for the purpose of engendering a period of deep contemplation of the passion and resurrection of Jesus Christ, and to do honor and commemoration to that sacrifice with some minor sacrifice of your own. If you do not believe in the passion and resurrection of Jesus Christ, or if that belief is some sort of empty token truism that you profess but has little impact on your life, don’t waste your time. Don’t waste everybody else’s time, either, since I KNOW you are going to spend the next six weeks talking about how hard it is that you can’t have Reese’s Pieces or whatever. Give me a break. (And if you’re a coffee drinker giving up caffeine, that doesn’t mean you have will power, it just means you’re a sadist willing to inflict the worst of your personality on the rest of us so that you feel better about yourself. Don’t.)

If you really want a will power test, a time to dry out from one perceived personal vice or another, or anything along those lines, do it some other time. Lent is not for you. Take my old college chum Gregory Jacobs-Roseman, for example. He’s a composer, a secular Jew, and one of the best drinkers I have ever had the pleasure of knowing. But once a year, he takes a month to dry himself out. He gets wildly hammid on Valentine’s Day, and then doesn’t touch another drop until St. Patrick’s Day. He uses the time to focus on physical exercise to burn off any excess winter weight and to benefit from increased energy and clarity of mind, and also to rest easy in the knowledge that he’s personally strong enough to limit himself whenever he so chooses.

That’s legit. If you want to do something worthwhile and sacrificial and don’t have any meaningful connection to the Gospels, do what Greg does. Maybe nobody told you, but you don’t actually have to give something up for Lent – and if you have to wonder about it, you probably just shouldn’t. 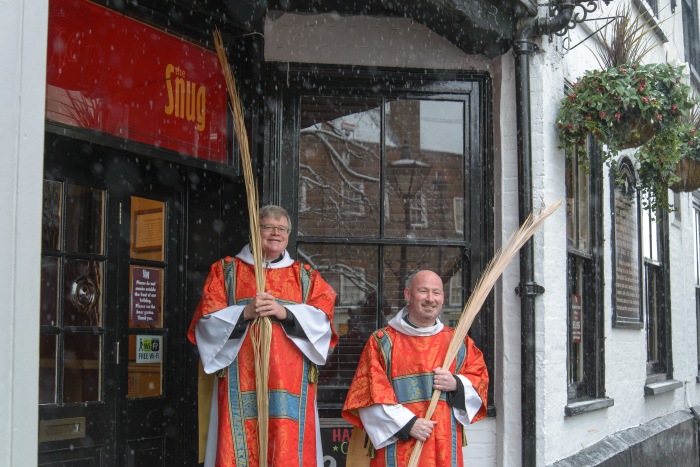 All right, enough chastisement from me. Do what you want.

So what is it that I like about Lent, since I myself don’t have any professed or traditional faith-based connection to Jesus’ death? Well, for anyone who’s followed my posts closely, the answers are pretty obvious. Firstly, I don’t require that kind of literal connection to biblical events in order to believe passionately in their symbolism. While it isn’t often portrayed in this light, the secular-pagan-seasonal symbolism of the Easter season is just as obvious as that of Christmas. Just as Christmas shows the return of the light into a darkened world, Easter brings about the fulfillment of that light, the brilliant display of that which has died in winter being resurrected into the brilliant spring of new life.

That’s why Easter and Lent change every year – they’re tied in a most secular manner to the lunar cycles surrounding the spring equinox. This year, the equinox – two weeks from today, in fact – comes just shy of halfway through the sacred period. This, to my mind, is ideal. Ash Wednesday, for me, will serve this year as a preparatory warning for the impending celebrations of solar winter’s end, an event that is not only of crucial importance to a wizard – or, just as much, to any ordinary person – but an event that I often neglect to commemorate quite to the extent that I should. Not this year, my friends, not this year!

The second thing I like about Lent is not unconnected with the first, nor will it be any more surprising. I believe in the need for sacred seasons just as much as I believe in the need for celebrations and commemorations. We need periods, in our lives, in our society, and in our year, to reflect, to get a little bit quieter, and to prepare. That’s what Lent is for, from a secular perspective. The arrival of spring marks the true beginning of the active part of the year, and we would do will to shut up a little, slow down a little, and get ready for it.

So that’s what I’m going to do for the next almost-six-weeks. I’m not going to get into specifics, because what I’m doing is likely not suitable for you. Do your own thing. Just know that I’m not sacrificing anything for no real reason. I’m going to ramp up my meditation and contemplation, recommit in a daily way to my wife and my family (something I should be doing anyway, regardless of Lent, especially since I’m expecting a child any minute now), listen to sacred holy music (whether it was composed with that intent or is merely received that way by me personally), and read more sacred texts. I might not even talk about Lent on the blog again – not before Easter, anyway – though you’ll certainly hear plenty from me surrounding the holy day of equinox.

If you’re still looking for a reason to be glad for Lent, look no further than this magnificent piece of music: