Ever feel or hear someone walking by you or walking behind you, only to discover that nobody’s really there?

Well, it’s been said by many: “I only want to roam with the buffalo, but you just can’t do that anymore.”

This is a story about a man whose desire was even simpler than that.

This wasn’t born of any mental disease or disability, no deficiency of IQ or damage from head trauma. In fact, his motivations were based entirely in a form of pure reason, if an unconventional form.

You see, in school he’d been taught that human beings were a species of primate that, on Earth, had evolved to stand upright and walk erect upon the ground.

In church, they’d taught him that human beings were put upon the earth in the image of God, to walk about and reproduce accordingly.

The doctors and weight-loss television programs had taught him that walking was good for mental and physical health.

The planet herself taught him that – potential future space travel aside – there was nothing before him each day and each year but all the earth. All the earth, he was taught, just sitting there to be walked upon.

That was why it was all he could do. Having been taught these things, he could no longer accept the need to know anything else. The lesson is clear, he thought to himself. The only thing to do is walk. 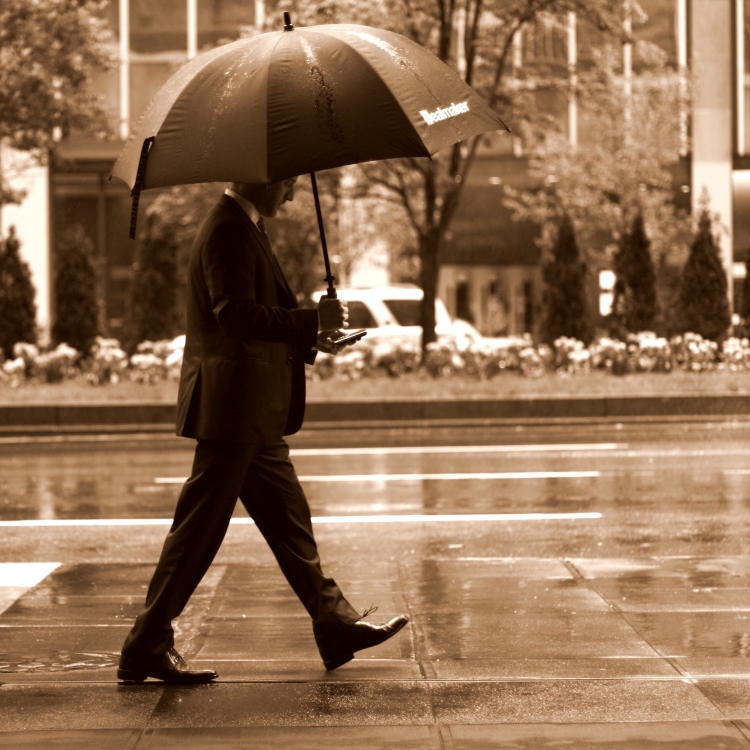 On the one hand, his theory was reinforced by the experience. He began his independent earth-walking at the very dawn of his young adulthood, essentially as soon as he was able to do so of his own accord. Right away, he knew his conclusions were correct. Hardly was there anything more joyful, more fun, more fulfilling than that non-task in which he engaged himself.

That doesn’t mean there weren’t difficulties. They didn’t come in the form of hunger, thirst, or exposure – in his travels, he never found himself in a position in which he felt homeless or even poor. At times through his own craft and acumen, but more often through the plain generosity of those he encountered, his basic needs were always provided for, and then some.

But there were difficulties all the same.

Several times, particularly in the early stages of his journey, he met fine, strong women he felt inclined perhaps to marry – but it never worked out. Some of the time, they just weren’t made for walking. Some of them wanted very much to marry him as well, but once they knew that his destiny, desire, indeed his entire composition was toward an eternal walking and wandering, they knew they could not accompany him. A couple of times, his would-be-betrothed was herself a fellow walker, but the walkers he encountered were on different trips than his. Their two journeys each permitted a brief intersection, but at some point a parting was always required.

The older he became, the more he found that many in the schools and churches which once had taught him so much were uncomfortable with his presence, and often straight-up unwelcoming. He never could himself grasp anything more than his walking of the earth in this world, but he gradually came to understand that others thought in an entirely different way, and that the character of his life itself – more so than his ideas or personality – made many in the schools and churches uncomfortable, in some cases even calling their confidence and convictions into question.

It was worse when it came to businesses, where he was invariably viewed as a dangerous sort of threatening nuisance. His very existence, to many employers and job creators, was an assault on productivity, conformity, procedure, and policy. More times than he could ever possibly count or remember, they had called the cops to either escort or arrest him for trespassing. A couple of times, when they’d been real mad and real afraid, they’d called it disorderly conduct.

He handled his legal troubles with grace and calm acceptance. A minor criminal record was no concern to him, since as soon as they ceased any physical detention, he could resume his Earth-walking. In fact, he never really stopped it even during his brief incarcerations, in which he’d pace the length of his cell not with anxiety or tension but with a serenity his jailers had, to a one, never encountered.

He was rarely beaten and almost never inconvenienced for more than a night or a weekend. It wasn’t the authorities that got to him but a combination of all his troubles. Many individuals and families had always remained kind and generous enough that he continued to find his aid and alms, but he grew less and less welcome in the society of mankind with each passing year, and it took some of the joy and purpose of walking the earth right out of it to have to endure meaningless struggle of any kind.

Really, the whole thing depended on a kind of adherence to the line of least resistance. Friction was not intended to be the nature of his course. When conflict became inevitable, especially when he felt that his presence was even becoming detrimental to those who were still good to him, he sought to avoid the world of his fellow species-members as much as possible.

He walked all the hills and mountains that he could find, until they had all become familiar to him, all the footpaths and ledges and lakes and trees – never any less glorious, holy, and complete, but no longer novel and indeed no longer sufficient – there was much more Earth to be walked than he’d been able to cover so far.

Eventually, he made his way to the ocean in a very pretty spot on the northeast coast. Approaching the Atlantic, he wondered, Perhaps there might be some way to continue my walks and traverse the oceans.

It was a very nice day, but it was also very early in the spring, and when he came to the beach he wasn’t entirely surprised to find it nearly deserted.

Nearly, that is, with the exception of one figure standing behind a structure. He was a shifty-looking fellow, short and swarthy, the wide ocean stretching behind him as the walking man approached. Getting closer, he saw something in the short man’s face that seemed a little radiant, if not entirely safe. He recognized that the stranger was standing behind a booth, what appeared to be a ticket booth.

There was no sign indicating what exactly was being sold, so the Earth-walker said to the ticket man, “What are the tickets for?”

The man smiled back at him. “This here’s tickets for the Perpetual Journey,” he said. “Only place you can get ’em. We don’t do Ticketmaster here.”

“Can you get me across the ocean?”

“Of course! Why do you think I’m selling tickets on the beach?”

“Can you get me across the ocean using just my feet, without having to get on a boat or a plane or anything else?”

“Ahh,” the ticket man smiled a strange kind of grin. He reached underneath his counter and produced an oddly-glowing sort of ticket different from the others that sat before him. “We’ve been expecting you. You ready for the ride?”

“I think?” The walking man, used to constant confidence, was suddenly puzzled. “This is how I can get over the ocean? I don’t have any money, that’s the other issue.”

“The price is pretty steep – you really won’t be a part of the same world as everybody else anymore.”

“Well,” the ticket man explained, “you’re going to do exactly as you intend. You’re going to keep on walking, walking the earth. But other people aren’t going to really see you anymore. Sometimes they might sense you, perhaps some of them will even understand what it is that you represent, fewer still might even begin to walk your paths as a result – but you won’t be able to talk with them, they won’t recognize you, know you, or know for sure when you’re there.”

“Is there something you want to do besides walk the earth? If so, you’re not the guy who’s supposed to pick up this ticket, and I must be waiting for another guy.”

The walking man thought for a minute, even though he already knew the answer.

Ticket in hand, then in his back pocket, he walked toward the crashing waves, kept on walking, directly over the ocean, until at the day’s last light he disappeared over the horizon and was never seen by any other mortal again.

Never seen, that is, but at times perhaps – perhaps even by you – felt or heard or even smelled as he passed on by.

Look for him, look for him whether you walk or you don’t. He won’t be able to talk to you, nor you to him, but that glimpse you might catch could – just maybe – make all the difference in the world. In your world.

Happy Friday. May the weekend be grand.

One thought on “The Dude Who Just Wanted to Walk: A Wild Myth You’ve Never Heard”