Turns out, along the way, I seem to have written a novel. You’d Guess From Their Cries: One Heretic’s Quest for Salvation is a tale told in three parts, and in gratitude and love I’m posting the second of those parts, “Tale of a Lost Worker,” in its entirety, as a serial. If you missed any of the previous installments, check them out here. If you enjoy, information on the book is at the bottom, and stay tuned for the exciting conclusion tomorrow.

Another morning, it was time for the quarterly State of the Business meeting. Since we were an absolutely gigantic and massively profitable corporation that did everything absurdly on the cheap, we had no auditorium of our own, so everyone would have to trek down to Keene’s classic New England Main Street to the classic vintage ancient Colonial Theater. Each quarter, around twenty people would have their cars towed during this mandatory meeting, because there weren’t enough public parking spaces in the vicinity to accommodate a couple hundred extra cars. Nothing was ever done to address this.

The interior of the theater was ornate, old, and beautiful. There were gargoyles, and strange old paintings of jet-black African tribal women doing some kind of dance. I was seated on the balcony, which was a coup in itself since you didn’t wanna be stuck herded into the front area and having to pretend to be a good North Korean, nodding and smiling the whole time. The real coup, however, was being seated next to Sarah Beth. We weren’t going to hold hands when the lights went down or anything – but it put me in a slightly better mood. You take what you can get.

You didn’t wanna be stuck herded into the front area and having to pretend to be a good North Korean, nodding and smiling the whole time. 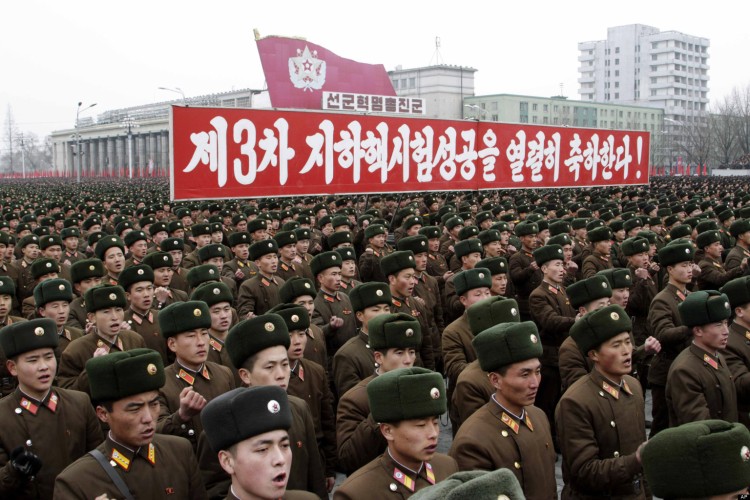 Circuit People, comprised of employees in IT and HR, was the house band. That’s right, we had a house band. Noah Abraham, in fact, was playing the drums as they covered some bland Billy Joel followed by some bland AC/DC. Fitzy was, of course, not lending his talents to the group. As he put it to me, his “praise band days were long over.”

The general theme of the meeting had been well-known in advance. The company was really profitable, but since last year was an investment year, this year was a post-investment year and efficiencies had to be carved out and therefore there might be some layoffs. Raises, for the lucky majority who got to stay, would probably run a little lower than the increase in the cost of living. (Yeah, I know, you try and make sense of that.) On top of it all, we got a band singing happy covers, Abraham’s boss served as a smarmy sort of MC, and there was an upbeat Tony Robbins sort of tone. Inspiration.

He was a strange fellow who had billions of dollars and could never seem to find suits that didn’t look too big. We all needed to make sacrifices, he said, because that’s just part of the Plan and we’ve got to make everything we do worth a couple more pennies and we’ll win. Or something.

The procurement department gave a report on a bunch of crap, then finance gave a very detailed slideshow of numbers and other numbers, in charts and lists. Then Ben Abramsky, sole owner of the company, took the stage for his address. He was a strange fellow who had billions of dollars and could never seem to find suits that didn’t look too big. He looked and behaved much more like an absent-minded professor than a cutthroat CEO helming an American supply chain empire, but he was ranked one of the world’s 100 richest men, had four planes, a villa in Portugal, and one of the most extensive wine collections east of the Mississippi. It was also said he was the third largest landowner in Montana, after the federal government and the state of Montana.

This was the man who explained boldly how we all needed to make sacrifices because that’s just part of the Plan and we’ve got to make everything we do worth a couple more pennies and then we’ll win. Or something. That was literally the topic of the speech. Couple pennies’ more in efficiency spread over billions of transactions and we might just get another jet. But not this year. In the future. Man.

When he was finished, he led us all in the cultish company cheer – an idea he’d openly stolen from Wal-Mart – and then the MC turned it back to the band for a couple of numbers before the questions and answers would begin. After the first song, however, Noah Abraham stood up and walked to the main microphone.

“Hi everybody,” he said, “If you work here at Keene headquarters, you may have seen me around, but if not, I’m Noah Abraham, director of HR for Keene. I’m also the drummer in the band. Let’s give it up, not just for Circuit People, but for Mr. Abramsky, the people’s captain!”

“We tend to think of big pillars of industry and commerce as the lucky ones, but that isn’t exactly true. the lucky ones are the people who struggle to make ends meet. The lucky ones out there are the ones who get pissed and demoralized every day for the sake of this job.”

Well-trained, the crowd went wild. I pretended to clap, but yawned and looked over at Sarah Beth’s golden hair…just imagine waking up with that every morning.

But Abraham wasn’t just cheerleading. He went on. “We tend to think of big pillars of industry and commerce like Mr. Abramsky as the lucky ones, but that isn’t exactly true. The lucky ones are the people who struggle to make ends meet. The lucky ones out there are the ones who get pissed and demoralized every day for the sake of this job. I don’t mean lucky because it is some virtue to experience these things, I mean that you are the ones the cosmos is going to smile on in the age to come. You’ve heard a lot of important things today, and efficiency and fiscal solvency are the currency of this world. But I feel like I need to say, on balance, that everything in life is more important than money and profits. Do your best at what you do, but never forget that. Let the money people worry about the money. The money will take care of itself. But you, the workers, you are the ones who live. You are the real saints, the real heroes. Remember that each day as you get up and come here to work. Stop competing with each other, even if that’s what they’re telling you to do. Be decent to one another instead. Join up. That’ll come back around on you. Remember what it is to be a person, and be faithful to That Which Is Bigger Than Us. Thank you.”

No one dared ask any questions during the session to follow – everyone, executive and hourly clerk alike, was dumbfounded and substantively speechless. The MC and Mr. Abramsky read off some scripted questions that had supposedly been submitted by e-mail, provided rote answers, and the meeting drew to a close.

Check out You’d Guess From Their Cries: One Heretic’s Quest for Salvation on Amazon, and watch out for the explosive conclusion tomorrow.