Turns out, along the way, I seem to have written a novel. You’d Guess From Their Cries: One Heretic’s Quest for Salvation is a tale told in three parts, and in gratitude and love I’m posting the second of those parts, “Tale of a Lost Worker,” in its entirety, as a serial. If you missed any of the previous parts, check them out here. If you enjoy, information on the book is at the bottom, and stay tuned for part five tomorrow.

I never repeated that episode to Fitzy – or anybody else. It was just too damn weird, again. But there was one thing that he used to say to everyone, something that most of us loved (though many of the squares didn’t get it). “Just remember,” he’d say, “especially in the hard times, whatever happens to you here is just bonus karma points you’re earning for later. Workers like you are the real saints, and that won’t go unnoticed if ever there’s any kind of Justice – or Judgment – in this world. And there is.” The way he said that, you’d believe him. “Also, whatever they do to you in this place, they can’t put you in jail, and they can’t kill you.”

I got an e-mail from Jackie – my crazy roommate – one morning around eleven, just as the fog outside (and inside) was starting to lift. “Hook up my mood?” it said.

“Like two good Bedouins in the bayou,” he said.

So I got up – not like I was doing anything important, anyway. I walked across the room to Jackie’s desk and casually placed two blue valiums next to his keyboard. I ordered them off the internet and took them whenever I got bored at work or whenever it was late at night at the bar and the chance for women and/or better drugs had been ruled out – or whenever things got so bad I needed to parachute out. In the same motion, I picked up two long white vicodins he had laid out. He thought it was crazy that I’d do painkillers in the middle of the work day, but they were a stash he’d stolen from his ex-wife and I liked them more than he did, so he didn’t care. Win-win, as they say.

Since I didn’t feel like going straight back to my desk, I walked into Marty’s office. Marty was a smooth-talking director dressed in greasy lies, a brilliant artist who’d sold out for very little good reason. For this reason, and for the fact that we respected one another, we sparred often. He stopped what he was doing and wheeled his chair to face me. “What’s the world of Jay Monaco got for me today?” he asked.

“Hmm,” he thought for a minute, stroking his beard. “Yeah, I mean, like my dad used to always say, ‘The Bible is only part of the story.’ I think there’s spirits everywhere. I don’t think they’re in all computers and electronic devices, but they’re definitely in some. I’ve seen it myself. And in the air – definitely. Especially in this office. Man, wow. Yeah, crazy spirits in this fuckin’ place.”

“All right,” I said. I asked him for a drink of water and he handed me a half-filled Poland Spring bottle. With a forceful swig I washed down the medicine. “What do you think of all this Noah Abraham business?”

“I want to like the guy,” he said, “but I’ve come to the conclusion that he doesn’t fit in with the system.”

“Not necessarily, but it means he’s temporary, and his…weird influence, or whatever…is temporary. Makes no sense to get too attached. Or even too distracted.”

“I know you’re a radical and, shit, maybe you don’t really fit into the system, but you don’t strike me as a True Believer.”

“That’s it, just like that. Totally inevitable. Why, man? I know you’re a radical and, shit, maybe you don’t really fit into the system – I think the jury’s still out on that – but you don’t strike me as a True Believer. I don’t see you eating lunch with that whole brotherhood-sisterhood crew. Or whatever.”

“No, I’m not one of them. I just think it’s more interesting than you’re giving it credit.”

“Maybe it is. Maybe I’m just older and too tired of fighting to pay much attention to interesting things I think could be dangerous to my status quo.”

“That’s remarkably honest. But then again, I’m a younger dude than you and some days I’m already tired of fighting, so I can’t say anything.” 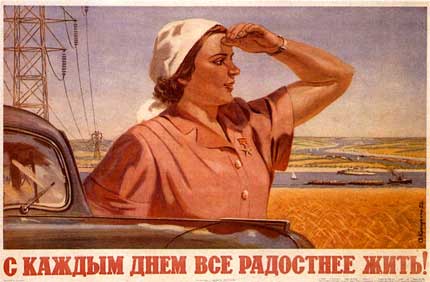 “I’m an honest guy when I’m not lying. And that’s how it starts, man. Some days you’re tired of fighting, then before you know it, you’re just completely tired of fighting for good. Anyway, enough of that – so what’s the dealio, what’s goin’ on with you and Sarah Beth? You gonna hit that?”

“Maybe, but probably not,” I said. SB was a young, well-paid analyst with a boyfriend who was at least two classes above me in pedigree. I’d been chasing her for a minute, but in my more objective moods I could see how this was gonna shake out. There were forces at work against whom I knew myself no match. “There’s still hope.”

“That’s the spirit,” Marty said, turning back to his computer. “Never give up, kid. Always keep chasing your dreams.”

“Fuck yeah, man, I’m livin’ the dream right here!” he laughed like a maniac. Even he knew how stupid it was. “But seriously, think of it this way. If you’re lucky, all the spirits of the air and of the computers will help you achieve your dreams. And if not, you’ll die alone having wasted your life.” He smiled, turned back to his e-mail, and I, having nowhere else to go, returned to my desk to wait for the fuzzy softness of the pills to kick in.

Check out You’d Guess From Their Cries: One Heretic’s Quest for Salvation on Amazon, and watch out for part five tomorrow.

I have decided, after careful deliberation, that Adidas track jackets are officially my COVID uniform so I have procured a second one. Before this thing is over I will have one for every day of the week. #7days7tracksuits #adidas #coviduniform #tracksuitnation #trackjacket #pandemicfashion
Me and Manny took a couple walks today #spring #covidwalking #distrusteveryone #fatherandson
Earthscene #water #plants #gray #sounds
Black jaguar prints
Counting stars by candlelight, all are dim but one is bright: the spiral light of Venus rising first and shining best, oh, from the northwest corner of the brand new crescent moon; the crickets and cicadas sing a rare and different tune: terrapin station. #terrapinstation #spirallight #venus #crescentmoon #gratefuldead #peterboroughnh
In a bad mood today but I did get this great new hat in the mail so that should help #kufihat #badmood #coronahat #covidhat #housearrest