Turns out, along the way, I seem to have written a novel. You’d Guess From Their Cries: One Heretic’s Quest for Salvation is a tale told in three parts, and in gratitude and love I’m posting the second of those parts, “Tale of a Lost Worker,” in its entirety, as a serial. If you missed parts one and two last week, check them out. If you enjoy, information on the book is at the bottom, and stay tuned for part four tomorrow.

“When are you ever gonna learn, man,” Fitzy growled at me on a later morning.

I wasn’t even trying to grin, I was so hung over. “Learn what. To go home and drink Pepsi and eat chicken and watch American Idol and go to bed and then come back here? I’ll let you know when I get that figured out, assbag.”

Here I was, getting lectured by a rock star about partying too much during the week.

“No…I just mean when are you ever gonna learn to not get so shit-cocked on a Tuesday that you’re grumpier than me on Wednesday?”

“It’ll wear off. I just wanna go back to bed right now, but by one o’clock I’ll be ready to go out again.”

Here I was, getting lectured by a rock star about partying too much during the week. This was Fitzy, guitar player, lyricist, vocalist, lead creative force behind We Long Before, easily the best band in town. Fitzy, who drank whiskey and smoked fat green bowls and fat brown blunts and always enjoyed himself while never seeming phased, Fitzy the single-dad ladies’ man. This was very different than being told by a Sunday school teacher. It should have been, anyway. I really didn’t care. “Come on, let’s go smoke.”

In those days, we were still allowed to smoke right outside the door – any of the doors found on all sides of the building. We elected to go out to the back, by the dumpster and the loading dock and the mail room, because it was definitely the best place to smoke in the morning. Even on the sunniest of days, the valley of Keene is known to begin the morning with three to four hours of ugly, gray, clingy fog. It was good to stand near a dumpster when it was like that.

Fitzy wasn’t just less grumpy than me, he was less grumpy than himself on a normal day, and was clearly in the mood to preach. He liked to preach sometimes, and he got away with it mostly because he was wise as fuck and knew what he was talking about. “It’s not even about the boozin’, man, because you know I like to tie one on. But this place will seem less disorienting threatening to you every day if you accept it instead of thinking of it as the weird, like, Purgatory carnival you go to for a few hours to pass the time between nights.”

I managed a chuckle. I lit my cigarette with his silver Zippo. “Wait…how is it not the weird Purgatory carnival I go to for a few hours to pass the time between nights? I’d never even thought about it like that before, but that’s the best explanation I’ve ever heard. Ever.”

He shook his head. “You think of the night and the day like two totally separate worlds, but it’s not. That’s what I’m trying to tell you. It’s not two things, it’s one thing. It’s life. And you come here, and you kind of fuck around and maybe do some work for like nine hours or so, and then every week they give you money. And then you use that money to do those other things that you like. You can’t do those things without doing these things. It’s all one…thing…man.”

I laughed and just kind of looked at him blankly. “I swear to god, man, you’ve got the whole shit backwards. My partying doesn’t cause my problems during the day. My problems with everything involved with my day is what makes me party!”

He laughed, too, and stepped back a little off-balance. “All right, I’m goofy this morning, I smoked myself retarded last night. But I’m still right, and one day you’ll know it. It’s all one thing.”

“That doesn’t mean the drugs aren’t right! Truth is truth.”

“Listen, though, man, because here’s the thing,” I jabbed at him with my cigarette. “I know damn well it’s a false distinction, but I perpetuate it because it’s the only thing that keeps me sane – because if I have to accept this horrible human cattle farm as a legitimate part of my life, I will shoot myself.”

“Doesn’t matter. Do you know what happens whenever I go away to a music festival and take a bunch of acid and then walk in the door the next Monday?”

“Yeah. Because you’ve told me before. More than once. But go ahead, man, tell me. Tell me what happens.”

“My brain can’t fucking wrap itself around what the fuck this place is. Because it’s weird, and it’s unnatural, and because it requires a full-on denial of what we are as human beings, and nobody even wants to think about it.”

“Yeah, that happens because you took a bunch of acid,” he said, just as he’d said all the other times. “That’s the drugs. That’s what drugs do. They change what your mind does.” 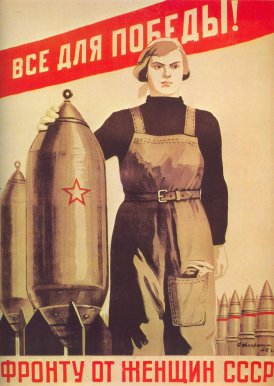 “That doesn’t mean the drugs aren’t right! Truth is truth.”

“Listen to you,” he snickered, putting his cigarette in the dispenser. “’Truth is truth.’ And so because of that truth, you have to make shit up. What’s real sucks and you feel helpless to do anything about it, so you just make shit up instead.”

“Exactly. It works – at least kinda. And speaking of,” I said as we went back in the door, “have you seen all the spirit activity in the air lately?”

That he was mocking me was part of the fun. “I’ll lead it. Absolutely, my brother in Electricality Salvatude.”

“And after that, maybe we can sing ‘Lord, I Lift Your Name on High’!”

I’d talked with greater frequency of the spirits I could feel surrounding us and flying over us and sometimes playing tricks on us, but thanks to Noah Abraham, the need for me to make things up was drastically reduced. This dude just wouldn’t let things be boring or normal. Without needing the help of inter-computer-inter-human telepathic spiritual connectivity, an office slamming three hundred people into a single room was a full-time gossip mill, so there were plenty of stories, some more dubious than others. Nearly everyone had a story about him popping up behind them at a random moment and out of nowhere to say something strange but oddly applicable. That was apparently what he did. It seemed to happen all the time to me and Fitzy and Ellen.

He’d like…gathered a group about him, a pretty weird group of people.

It was more than just his words, though. He’d, like…gathered a group about him. There was nothing culty about it, they’d just eat lunch together in the cafeteria. Yet it was a pretty weird group of people he’d gathered, from all different departments, of all ages, people who were mostly pretty damn uncool. In particular, there was this guy Keith who was always in the directors’ and VPs’ offices ratting everybody out, and he didn’t even try to hide it. The guy seriously wore a pinky ring, and nobody wanted anything to do with him – even the other pariahs – but he was one of the first ones Abraham singled out. 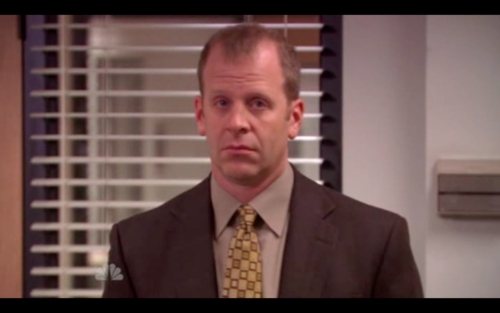 You know what, though? It could have been my imagination, but it seemed from that time forward that Keith was different. Not so much that I was going to ask him out for a beer or anything, but maybe he just became a little less despicable. Maybe a little less disconnected from his fellow man. Maybe.

There were much more fanciful stories, like when this fellow Curbë in sales had a kid with some rare disease, and Abraham offered to go and visit with him, and the kid supposedly got better. I never believed that one, but a lot of people did.

The executive vice president who oversaw pretty much all of the vital company operations being performed in our cavern of an office room was a very tall and very slender man named Charlie Dammer. He had white slicked-back hair and bushy white eyebrows, even though he was only in his early forties. His eyes were the eyes of a wolf. He was composed and centered at all times, except when he wanted to scream savagely over the phone. This was supposedly attributable to his rigorous practice of yoga starting at five each morning. That was the story anyway. To me, he was the personification of evil. He didn’t participate in this nasty charade, he breathed it. He was it. By his presence and energy it was kept alive and growing. He had no perceptible soul, cared only for work and for money, and behaved in what he believed to be military fashion, perhaps because he’d had some sort of heart defect that prevented him from ever actually serving.

One day, I stared at him across the room, wishing he was dead. I considered saying a prayer to my shrine of gods for his death, or somehow contacting the vaguely perceptible spirits in the air and in my computer to beseech their aid in this just execution. Surely they would help me. Surely there was a chance they’d have my back.

These are thoughts I would normally never even admit to, but I say them now because just then a soft voice from behind scared the shit out of me. I tried not to show my reaction, since the words had been spoken so softly that I knew no one else had been able to hear them. I would have looked completely crazy.

“You really hate him, don’t you?” the voice said.

Without turning around, I knew it was Noah Abraham, weirdo HR guy. This was exactly what he did to everyone. “Yeah.” I’m the guy who fantasizes constantly about being tough as a bastard under interrogation, keeping my goddamn mouth shut, and here I go just telling the truth about hating the most powerful man in the room to that man’s primary agent.

“Don’t,” he said. “You’re right. He’s evil. I know him better than you do, and he’s just as evil as you think he is. Maybe worse. But still. Don’t hate him. He’s just a part of the Big Thing, like everything else is. And you know what? You see all this? This is his prize. This is all he gets. What do you think of that?”

“That’s your answer, isn’t it? Your prize can be found in a different place, but his prize is hell. You don’t get anywhere by hating him. It’ll never help you, and it’ll never hurt him.”

Check out You’d Guess From Their Cries: One Heretic’s Quest for Salvation on Amazon, and watch out for part four tomorrow.