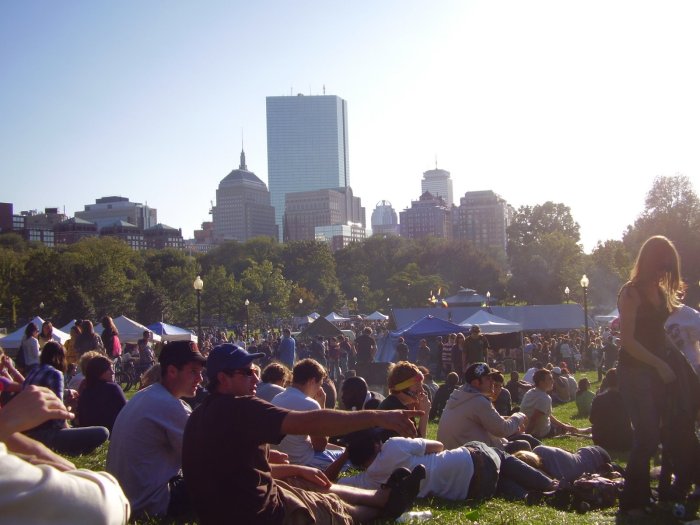 So, what the hell?

Let’s just let that sit there for a minute.

I try really hard, even on Christmas, to avoid ever being surprised. Days like yesterday serve as an unfortunate reminder of how hopeless a quest that really is. You never wake up in the morning – not here, anyway – and think, today, there might be a bomb attack on my home city, a block from where I used to work. So I’m surprised. For reasons ranging from the irrational (the typical and common sentiment that it won’t happen to you, or it won’t happen in your own backyard) to the rational (Boston isn’t the kind of large city normally associated with terrorist attacks, no major terror events or arrests recently, no hint of any kind of plot in the air, etc.), I am caught off guard. Just like everyone else, I have to process that, and it makes me want to sit in front of msnbc and Twitter, absorbing and reading and sharing, but saying little else.

But a wizard can’t just shut up inside himself in times like this, nor should he want to.

Forcing myself to speak, it is nearly impossible to avoid my first inclination: oversimplicity. Nothing unusual about that, is there? The worst part about a tragedy is its complexity. It’s our inability to hold it in our hands, to easily wrap our fists and minds around it, to hold over it some measure of at least perceived control. It’s why people leap to proclamations about bombing the Middle East or harassing Arabs already living here. It’s why people, however innocuously, spin mythologies that transform insane events into tales of heroes and villains, stories of righteous anger and vengeance. It’s why people Never Forget some things, but Totally Block Out others.

Simplifying the catastrophe allows us to understand it, allows us to more easily absorb this aberrant disturbance into the shaky construct we’ve built as reality.

Watching the chilling video of the Marathon attack, with the disturbing bang of the first blast, followed by a sea of white smoke and SCREAMS and chaos, then a second blast and more of the same, it makes me want to talk about blowing people up. You shouldn’t do that. We shouldn’t blow people up. You saw the video. It’s horrific. It’s just as horrific when it happens somewhere else, too, even when it might be a bomb we lobbed into somebody’s spring afternoon. There’s nothing anti-American in saying that. In my mind, there’s nothing even inherently political about it. It’s not even fully pacifist to say that people blowing up is terrible, and I don’t want it to happen anywhere. I mean, can’t we just agree to not blow each other up? Do we have to blow people up? I’m not so sure that we do.

Hey, it’s okay, I know it already, you don’t even have to say it. I sound like a guy at a Phish show with pupils the size of quarters: “You know, man, all the peoples of the earth should just gather around and smoke a bowl and pass the peace pipe and hold hands around a tree and sing a song. Instead of fighting wars and worrying about money, we should focus on the important things in life, dude.”

Well…go ahead and laugh all you want. I’m laughing, too–but it happens that that’s really what I think.

This recognition – or resignation – drives me immediately into yet another incomplete simplicity of response. After all, I may consider Greater Boston my home city – capital not merely of Massachusetts but of New England, birthplace of my parents, a lifelong favorite place for visits short and long, and the place in which I lived some of my most important and oft-remembered years – but I live far outside of it, safe in the embrace of my mountain. Nobody gets blown up here, and that’s unlikely to change any time soon. So the temptation, previously that of a simple solution, has become that of a simple withdrawal. There is solace to be found in turning my attention away from the sad death in the city and toward the budding blossoms, emerging grass, the future leaves and berries and return of life that is springtime here in the forest. Surely, there is more meaning to be found in existing more closely with nature, absorbed in her beauty and her chastity, than ever there could be in concrete streets and within the maze of in-your-face post-modern western society. We’ve already established that I can’t solve any of these hopeless problems, so I won’t.

Yet, natural though the inclination may be, I find this, too, to be unsatisfying. Perhaps there will come a time and a certain advanced age at which it will be appropriate for me to retreat, fully and for good, into this landscape that I love, perhaps to gradually blend more and more in with it as I approach my death. Would that I become so lucky to reach such a stage – but I’m not there now. I can’t turn my back on it, I can’t ignore any of it. I can, and should, take solace in my surroundings, draw strength from the land and mountain and sky, but I cannot decline participation in this world just because I find it unpleasant. None of us should, because we can do better.

So I have no simple solutions, no sage advice for healing and processing. You’ll need to figure that out on your own, just as I do. I can only make a few suggestions, all of which have been made by others before and in much more compelling fashion.

Anger can be a helpful tool, but don’t get lost in it. You can’t beat this by lashing out blindly into the night or shaking a fist at the sky or at other people. That’s the kind of thing that will only hurt yourself – and all of us, by extension.

If a Muslim did this, don’t waste your energy hating all the Muslims. There are two billion of them. Not two billion marching jihadis intent on destroying reading and music and preventing your daughter from going to school, but two billion people who happen to adhere to Islam. They’re not the enemy, they are two billion people. They’ve got the same DNA as you and I. Can you see the futility of blaming a belief system – which is no more or no less “evil” than the people who manipulate it, as with nearly all constructed systems – or blaming one third of all the humans? You might as well blame the sun, and make war with that. Don’t waste the energy.

And much as I might not want to say it, if this is some right wing anti-tax statement, we need to remember the same thing. Those types also share our DNA and our planet, even if they may not (blessedly) comprise two billion in number. It may prove difficult to avoid needling your weird friend who loves that strange snake flag. But try not to hate even the ignorant and the backwards, because it is fatally unwise to allow sentiment to prevent growth and learning, to stand in the way of (however unlikely) greater mutual understanding and shared lessons.

Revenge rarely, if ever, matches up evenly with justice, so we should ask ourselves which it is that we seek.

Unity Tuesday is usually mostly a fun cross between a joke and performance art designed to help us share experiences and get through the week. Sometimes, however, we may need it to be more than that. In times of disaster, it is common to hear triumphant assessment in the (temporary) greater unity among neighbors and countrymen, but I posit that this kind of unity isn’t enough. It is superficial, emotion-based, does not last, and portends little. Instead, let us seize this day for a greater kind of unity. It is not enough simply to tell our family and friends that we love them or to hug our kids. As Jesus said, anybody can do that. Most everybody does do that. The challenge before us is to bear peace and good will to the other people. Not just the ones that we like, either. Not just the ones with whom we share much in common. All of them.

Working toward a better world requires a shift in mentality, not merely an increase in kindness and decrease in factionalism and chauvinism, but a shift away from the paradigm of competition. So long as the world remains a place in which people compete for control, wealth, domination, or even things as simple as jobs and raises, the world will remain a place in which people blow up. So long as we chase land, money, profits, and resources instead of balance and cooperation and sustainable prosperity, people are going to blow up.

So long as we keep climbing ladders and throwing stones, people will keep blowing up.

I’m not worried about Boston. As others, including the President have stated, her residents are tough and resilient. The leadership currently in place – Tom Menino as mayor, Deval Patrick as governor – is the best you could ask for in the world. No exaggeration. The people are in good hands and are quite capable all on their own. Next year’s Patriot’s Day Marathon will be the biggest and most joyful in history. I intend to be there myself. Tonight as I write, there are countless people who have opened their doors to random strangers stranded in random places by transportation and communication difficulties. No, I do not worry for the city of Boston or her people.

Mostly, I just worry about all of us.