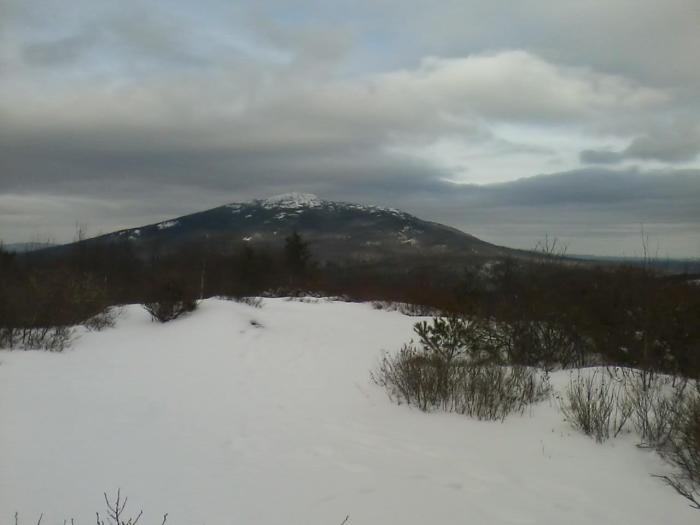 “The valley spirit never dies;
It is the woman, primal mother.
Her gateway is the root of heaven and earth.
It is like a veil barely seen.
Use it; it will never fail.”
-Lao Tsu, Tao Te Ching (Sixth Verse)

I sincerely hope you’ve at least considered doing this whole “Weekly Wake-Up” Unity Tuesday thing with me. It’s been over two months now, and while I’m not yet ready to stop and recap and assess the whole project (yet—just wait), I just want to say, as both a wizard and a regular old dude, that I like it a lot, and I’m better off at least making a half-assed attempt at observing it than not doing anything at all and letting Tuesday be just the same crappy old day it always was before.

Yeah, in some ways, I’m just being weird, doing things nobody else does to see how people react, and, above all else, to entertain myself and stave off the deadly kind of boredom that comes with a dissatisfying job and a disadvantaged socio-economic disposition. Yet Unity Tuesday, if nothing else, even when I’m at my most objective, is one of those great tricks like faking a smile until you fool your brain. If you wake up thinking that it’s going to be an exciting day, there’s actually a half-decent chance that it’s going to be at least kind of exciting. If you walk into that office in the morning thinking of kindness and joyful solemnity and imagining the light beaming out of your skull and torso, you might be more likely to walk out at night with less of a bent back and less of a bowed head.

If you walk through your day determined to default to liking the people you see and feeling positively about them instead of defaulting to scorn and mistrust, you’re not only going to be a nicer dude or chick all day, but you’re probably in a better mood overall—which makes you a nicer dude or chick.

Unity Tuesday is harmless at worst and wicked fun at best, and it seems like the people around me kind of enjoy Unity Tuesday, too. I’ve never really explained what it is to anyone, I just walk in on Tuesday mornings and declare it, and they actually go along with it at least 60% of the time. More good moods, more good vibes. More good vibes, better office.

Maybe there’s actually nothing more important to being a wizard than Unity Tuesday.

The challenge we face, my friends, is authoring and sculpting our own Sacred Space.

Now, look, man, I’m totally cool with anyone who has no interest in or use for the Sacred or the Holy or the Divine. I have never told anyone not to live a pure, materialist-existentialist (or whatever) life. Seriously, it doesn’t affect me one way or the other. If you’re cool with it, I’m cool with it. I’m not here trying to save anybody.

But I am here to try and share ways and methods to make the (I believe) dour present conditions and nature of workplace more bearable and pleasant and meaningful. The way, above all others, that I have found, is the self-generation of the Sacred Space. (And should that really come as a surprise to anyone, coming from a wizard?) The challenge, as I’ve said, is that we have to create it ourselves. It’s not that nobody can give it to us, it’s just that, most likely, nobody will.

I get frustrated all the time because people make the mistake of thinking that the purpose of religion or myth or superstition is to explain shit we don’t know for sure, like “What are we supposed to do?” and “What happens after we die?”. Or, in the distant past, in the time (supposedly) before science, “How did the world get here?” and “What is a human?”. But a greater batch of false reduction has hardly before been known. Religions do not primarily exist to deliver a strict regimen of life rules, nor to provide a textbook form of education, nor even a dictionary type of reference authority. The purpose of religion is, quite simply, to transport us into that Sacred Space, where life transcends life.

The biggest single problem with religion today, the one from which all others derive, is not greed or bigotry or pedophilia or fundamentalism or backwards irrationalism, but is the fact that all major religions today (even at times the eastern ones, for real) fail to deliver us to that destination, the sacred (terrapin?) train station. We don’t know it, because we don’t know anything else first-hand, but in this failure, we all miss out on an advantageous luxury.

I’ve also spoken many times in the past about the fact that, for many of us, the manner in which we earn our livelihoods and afford to live and eat and have families who live and eat is so disconnected from the earth and even from apparent production that it is (perhaps) even more difficult to find meaning and divinity in our daily labors than it is at any church or mosque.

Seriously, we’ve got nothing going for us. The only thing we can really do is make shit up. By declaring a space to be sacred, it becomes our Sacred Space. It’s not something anybody has to do. It is something that works. That’s what Unity Tuesday is. That’s all it is. By declaring the day to be something special, it becomes what we declare it to be, and we get at least one special day out of the deal, every single week.

There are many other, in some cases even better, forms for crafting holy land than using days of the week as your medium.

Last week, I talked a little bit about the fact that we’re basically past the end of mid-winter at this point, that spring is around the corner, and we would benefit by being ready. But independent of any forethought or discipline, I found myself in the last week feeling extremely cooped up and ready to burst into outdoor warmth that is not yet here. I’ve done a pretty good job this winter—better than most others, and the weather hasn’t exactly been cooperative—of taking daily walks of perhaps a mile or less. At least I get a little bit of fresh air and sunshine a few times a week. But, as with a solitary confinement prisoner’s one hour of sun per day, the walks by themselves just aren’t quite cutting it anymore.

So this past Saturday, I figured, what the hell, and climbed a small mountain in the shadow of Great Monadnock. The tops of mountains, after all, have been known since antiquity to be easily made Sacred Spaces, bridges between the heavens and the earth.

It’s a small mountain and a pretty elementary climb, but your wizard is finding himself quite out of shape and found the climb to be a bit of a strain. Nevertheless, even with the trail still covered in snow, it wasn’t a bad hike, and it took me less than forty minutes to reach the summit, which offered a perfect 360-degree panorama of the surrounding lands. 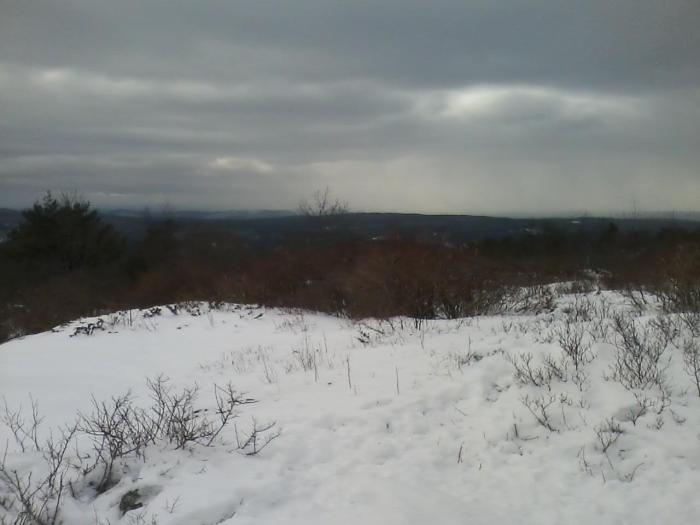 The cool thing I discovered about this particular peak is that, while it may in fact be a mountain in its own right, its experience was more like that of an intermediary between the valleys whisping below and the looming True Mountain above. From such a vantage point, it can be seen that mountains are imposing and valleys are shadowy, but mountains are majestic and river valleys are lush and fertile. Each space is there for us to draw from, to absorb, to use. Perhaps meaning is not easy to come by with some of the disadvantages to which we find ourselves assigned, but the raw materials are everywhere.

Even I, with my tendency to praise the mountains and the coasts with greater fervor than what I perceive to be the hole-like valleys, am well-served by the reminder that, indeed, “The valley spirit never dies”—and is just as important as the spirit of the mountain.

So spring’s on the way and it’s starting to warm up. Go out there, man. Really. I don’t care if you thank me for it, but you’ll definitely thank yourself. You don’t have to go up on a mountain. You just have to go to a place you like, a place you think is more pleasant than other places. That’s your Sacred Space. That’s it. As indigenous wisdom keeper Abd’el Hakim Awyan put it, “You already have it.”

But today, you’re quite likely finding yourself reading this indoors somewhere. Wherever it is you’re stuck today, I bid you happy Unity Tuedsay.